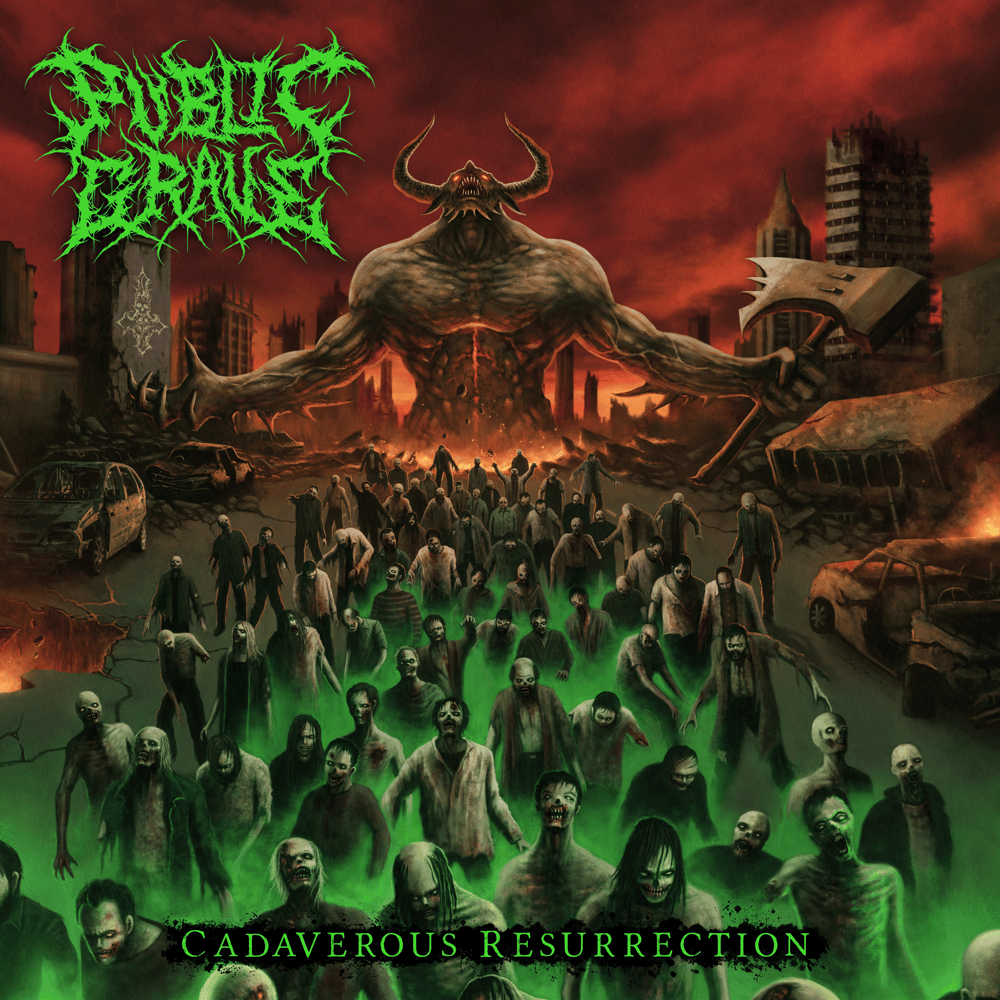 Public Grave Founded in Fürstenfeldbruck (near Munich; Germany) in 2008, the members of Public Grave went from a group of friends, brought together by their favorite music genre, to the only slamming and grooving death metal band in town.
Initially inspired by Kataklysm and Six feet Under and the fascination for all kind of undead, guts and gore, Public Grave‘s music aligns to death metal axioms. In the last three years Public Grave tried to fill the gap between death metal and slam and gave their album Cadaverous Resurrection some spice. Their neck breaking groove is like a hammer smashing through a billion bodies and their monstrous sound growls with a high-pressure bass which shakes you to the core. Artwork by Aghy R. Purakusuma